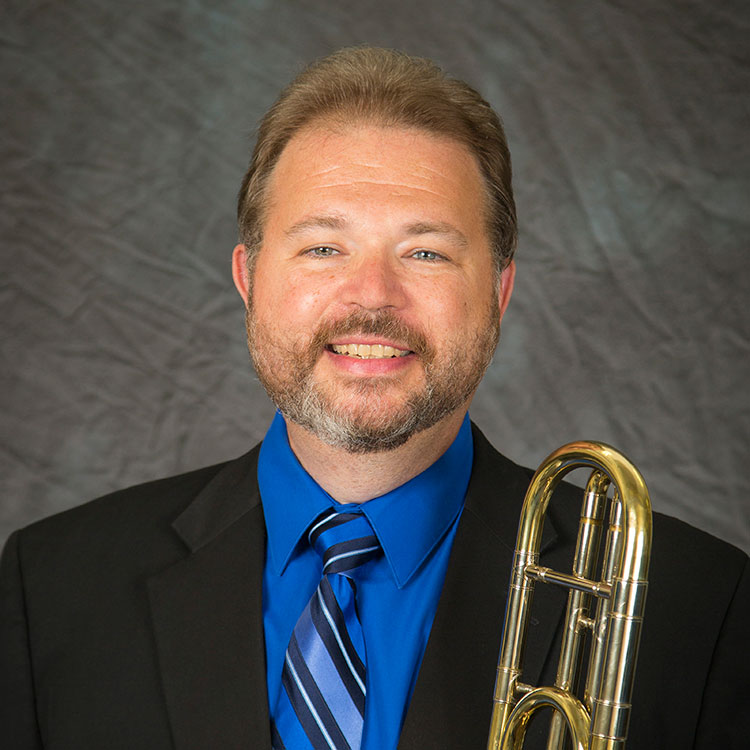 Director of Bands and Jazz Studies

DMA in Composition, University of Maryland at College Park

Dr. Eric Richards is the Director of Bands and Jazz Studies at Sheridan College where he serves as Music Director of the Sheridan Wind Ensemble, Jazz Ensemble, Jazz Combo, and leads program initiatives in recruiting, outreach, and curriculum development.

From 2008 – 2015, Dr. Richards served as tenured Associate Professor of Composition and Jazz Studies in the Glenn Korff School of Music at the University of Nebraska-Lincoln. At UNL, he mentored first-year through doctoral students in applied composition (classical and jazz/vernacular styles), taught related courses such as Orchestration and Jazz Arranging, and organized and led the award-winning UNL Jazz Orchestra “2.0”, an innovative 21st Century jazz ensemble combining traditional big band instrumentation with strings, horn, and percussion. He is the recipient of the 2012 Distinguished Teaching Award in the Hixson-Lied College of Fine and Performing Arts.

A native of Pittsburgh, Eric is a versatile and widely performed composer/arranger, conductor, trombonist and educator active in a wide range of musical media and genres. His music has been heard worldwide in performances and recordings by professional and academic ensembles in major concert venues across the United States, Europe, Asia and India to include: Carnegie Hall (New York), the Midwest Clinic (Chicago), the Berlin Philharmonie, and the Montreux, North Sea, and Nice Jazz Festivals. As an educational clinician, Eric has served as guest conductor of the Connecticut, Kansas, North Dakota and South Dakota All State High School Jazz Ensembles.

From 1984 – 2004, Eric served as Composer/Arranger with The United States Army Field Band, the Army’s premiere touring musical organization based near Washington DC. His works for jazz orchestra, wind ensemble, symphony orchestra, and voices were enjoyed by audiences worldwide. He honorably retired at the rank of Master Sergeant (E-8). For more information in his music, please visit www.ericrichards.com.