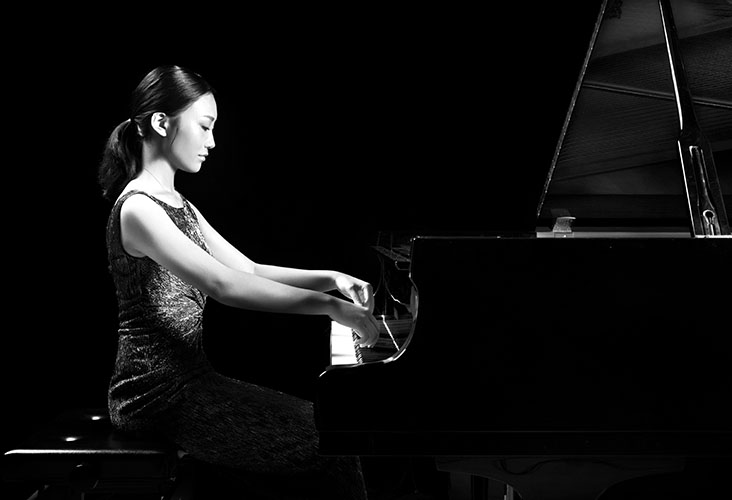 Chinese pianist Wynona Wang was selected as First Prize winner of the 2018 Concert Artists Guild International Competition, which is just the latest in a series of impressive first prize performances, along with the 2017 Wideman International Piano Competition in Louisiana. Wynona was also awarded the 2019 “Charlotte White” Career Grant awarded by the Salon de Virtuosi in New York City.

An active performer in China, Europe and the United States, Wynona recently earned her Performer’s Diploma under the tutelage of the eminent pianist Alessio Bax at Southern Methodist University in Dallas. While at SMU, she appeared in multiple concerto performances as well as numerous recitals and chamber music concerts, including collaborations with cellist Andres Diaz and with the Escher String Quartet. Her 21-22 season highlights include La Grua Arts Center, Kravis Center, Pinedale Performing Arts, the Whitney Center and Dame Myra Hess Memorial Concerts.

Born in Beijing, Wynona Wang began playing piano at age 4, and went on to study at both the Music Elementary and Secondary schools at the prestigious Central Conservatory of Music (CCOM) in Beijing. In fall 2016, she was awarded a full scholarship for her Performer’s Diploma at Southern Methodist University in Dallas, and she now lives in New York while pursuing her undergraduate degree at The Juilliard School as a student of Dr. Robert McDonald.