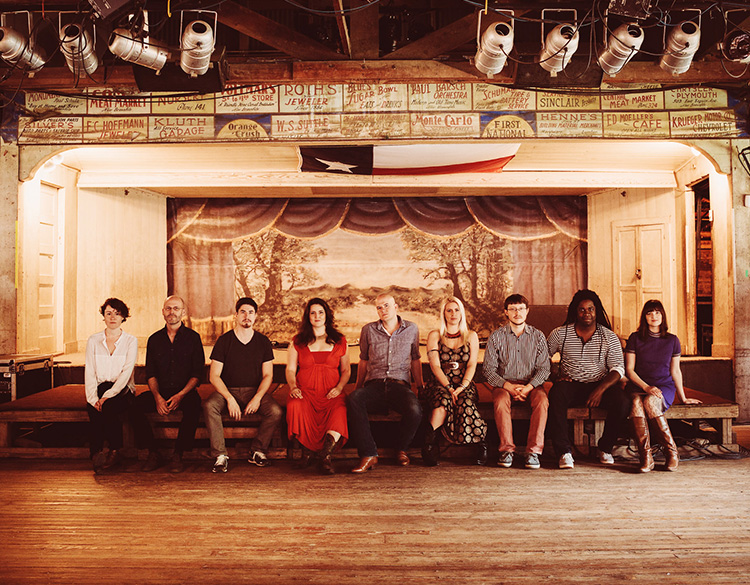 Thursday, Oct. 13th at 7pm in Kinnison Hall at the Whitney Center for the Arts.

We are so excited to present Grammy-winning vocal octet Roomful of Teeth! By engaging collaboratively with artists, thinkers, and community leaders from around the world, the group seeks to uplift and amplify voices old and new while creating and performing meaningful and adventurous music.

Roomful of Teeth has received extensive media coverage including an appearance on NPR’s Tiny Desk Concerts, a full-length profile in The New Yorker by Burkhard Bilger, and dozens of interviews. A number of their recordings have been featured on television and in film, including Josephine Decker’s Madeline’s Madeline, Netflix’s Dark and Homecoming: A Film by Beyoncé.

Roomful of Teeth has developed a significant discography through a decadelong relationship with New Amsterdam Records. Their eponymous first album, released in 2012, was awarded a Grammy Award for Best Chamber Music/Small Ensemble Performance. Their second album, Render (2015), was nominated for a Grammy Award in the same category. The album The Colorado (2016) – the soundtrack to the revolutionary live-music documentary that explores the history and future of the Colorado River – was praised for its “didactic drive and meditative awe.”(The New York Times) The group also contributed to Yo-Yo Ma’s Silkroad Ensemble’s album Sing Me Home which won the 2016 Grammy for Best World Music Album. In 2020, the band released two EPs, The Ascendant (Wally Gunn) and Just Constellations (Michael Harrison). These two releases topped many of 2020’s “best of” lists, including top listings from NPR, Textura, and Bandcamp.